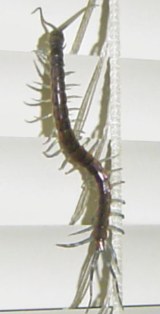 a few days after christmas 2002, having nothing else to do, i decided to make as many songs as possible within a 24 hour period, using randomly selected samples for each one. the first 14 tracks on this album resulted. the rest, i added over the years, with the last track, 'millipede', being done in august 2004.

this album is beat-driven and electronic in nature, with a thick, otherworldly feeling to it. the music reminds me of winter. i think the album is consistently pretty good, so if you don't want to listen to the whole thing you can just pick something at random and have a good chance of being satisfied.

millipede_it.zip contains .it format files of all the songs. get these if you want to do a remix, which i certainly encourage.